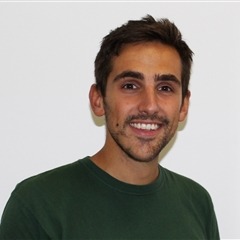 Marco will improve the production of Influenza VLPs in insect cells using single cell-RNA sequencing. The idea is to capture the molecular signatures of insect cell factories during Influenza VLPs production and apply the knowledge therein extracted to assist in baculovirus and/or insect cell genetic engineering to improve production yields. Marco will then use this newly developed expression system and implement a continuous Influenza VLPs biomanufacturing scheme. The idea is to design a platform capable of manufacturing high quantities of vaccines in short time-frames, a key feature in case of pandemics or vaccine composition update.

Marco got his Bachelor and Master of Science degree at Università Vita-Salute San Raffaele in Milan. He spent his master of thesis working on the development of the manufacturing process for the preparation of γ-retroviral vector at MolMed S.p.A, in Milan. Here, he experienced in Process Development area and cancer immunotherapy field. After the completion of his studies he moved to Oxford Genetics in Oxford, working on the production of Adeno-associated viral vector, focusing on both upstream and downstream area.